The Board of Trustees at Baobab meets four times a year as a full governing body.  The Board also runs a number of sub-committees that meet regularly and report back to the full board’s quarterly meetings.  Our current Trustees are:

Claire Helman, Chair
Claire Helman, Chair of the Trustees, is the Chief Executive of Aston-Mansfield, an organisation committed to developing healthy-living, lifelong learning and community development in East London.  Claire has worked in senior management roles for a number of organisations in the voluntary, public and private sectors, both in the UK and internationally.  Her previous experience includes being Director of Policy and Development at Together, a leading mental health voluntary sector provider, and Director of Capital Volunteering, a pan London programme which tackles issues of mental health, isolation and social inclusion through volunteering. She was the International Director of Organisation Development for ActionAid, covering programmes in Africa, Asia, and Latin America.

Dr Elspeth Carruthers
Dr Elspeth Carruthers is an NHS doctor working in North London and an academic at UCL researching ways to improve access to healthcare for inclusion health groups. Prior to training in medicine at St George’s in London, she graduated with a degree in Arabic and French from Cambridge and a masters in Arabic from SOAS. She then worked for the legal charity Reprieve with a focus on human rights abuses connected with counter-terrorism policy. Elspeth has worked with people from migrant backgrounds for over a decade, including as a volunteer advocate and interpreter as well as clinical work in refugee camps in Greece. She previously served on the management committee for a migrant organisation in South London.

Dr John Clark
John Clark is semi-retired from higher education where his last role was that of a senior manager in a Business School.  He continues to supervise students who are preparing doctorates in the area of human resource management.   John has taught management, leadership and change management to practitioners on MBA Programmes and for client-based courses.  He has research interests in these fields, particularly as a reflective practitioner and action researcher.   In addition to his support for Baobab, John is an active governor in local secondary schools.  As the Chair of Governing Bodies he advises senior leadership teams on strategic issues.

Dr Felicity Dirmeik
Dr Felicity Dirmeik MB,ChB, MRCPsych, Fellow of the British Psychoanalytical Society graduated in Medicine from the University of Cape Town. After moving to London she subsequently trained as a Psychiatrist, Psychotherapist and Psychoanalyst. She also trained at the Tavistock Clinic and then worked as a Consultant, teaching and running clinical services in NHS teaching hospitals in London for 25 years. Her experience includes working in therapeutic communities, group work, work with individuals and couples and training medical students to work psychotherapeutically.
From early in her career she was on many committees at the Institute of Psychoanalysis and later chaired a committee looking at ethical practice for the British Psychoanalytic Council, overseeing the complaints procedure.
She currently works in private practice as a Psychoanalyst and Psychotherapist.

Enla Fees
Enla Fees works for mothers2mothers (m2m), an Africa-based NGO, leading global efforts to end paediatric AIDS and create healthy communities, by training and employing women living with HIV as frontline healthcare workers and peer-mentors. Based in London, and working with partners across Europe, North America and Africa, she leads a global advisory committee of senior executives to engage private sector actors in the growth and development of the organisation. Enla is a first-class History of Art graduate, and prior to joining m2m, led on international Marketing and Communications for British luxury design collective, Based Upon. She has held voluntary roles at the West London Mission, the Museum of Homelessness and was an Organising Committee Member and Team Leader at the ‘International Group’ drop-in for vulnerable refugees and asylum seekers at St. James’s, Piccadilly. A passionate public speaker, Enla has spoken at the London Design Festival, London Craft Week and at corporate events with companies including MAC and Warner Bros. Alongside her professional role, Enla is undertaking an MSc in Development Studies, in the Department of International Development at the London School of Economics and Political Science (LSE).

Holly Hemming
Holly Hemming is an upcoming lawyer, specialising in human rights and constitutional law. She is currently based at the Infected Blood Inquiry. Her previous experience includes the United Nations High Commissioner for Refugees (UNHCR) and key human rights cases against governments and multinational corporations, with an international QC. She previously studied Law at the University of Cambridge, completed a Masters at the University of Oxford and studies at Harvard University. The latter focused on war crimes and genocide, and her legal focus is on the intersection between civil liberties, fundamental rights and asylum. As an indigenous Pacific Islander, she has also worked in de-colonising law, including reports to leading British museums on the subject of repatriation of cultural objects, including treasured items. She undertakes pro-bono work, including for unrepresented and vulnerable litigants and was the recipient of the Princess Diana scholarship for the Bar.

Melanie McFadyean
Melanie McFadyean is currently studying for an MA in Conflict Resolution in Divided Societies at Kings College, London.  Prior to embarking on the course, Melanie was a lecturer in investigative journalism at City of London for fourteen years.  She has been a freelance journalist for thirty years writing for publications including The Guardian, The LRB, and Granta. She also works in TV documentary and radio.  Melanie’s work concentrates on stories about social injustice including immigration and asylum. In the past year, working with two others, she carried out an investigation into the law of joint enterprise which resulted in a report for the Bureau of Investigative Journalism which won the Bar Council Legal Reporting Award 2014. Her other awards include an Amnesty International Journalism award in 2001. She has written or co-written several books among them Thatcher's Reign: A Bad Case of the Blues, Only The Rivers Run Free: Northern Ireland, The Women's War and a book of short stories: Hotel Romantika.

Dr Gill Martin
Gill Martin qualified as a Psychotherapist in 1982 specialising in work with women who had experienced sexual abuse. In 1995, she started to work with refugees and asylum seekers and from 2001 was responsible for delivering training on that theme in Hull which had became a dispersal area for asylum seekers.  In 2003, Gill set up the Haven Project Hull which offers a holistic service for refugee families and individuals, working with particularly vulnerable refugees who have come to the UK under the UNHCR gateway programme and who have been in camps for many years.  She also worked one day a week between 2003-2009 in a specialist GP practice in Huddersfield offering a therapeutic service to the refugee population. She was the first Chair of Solace, a refugee mental health service in Leeds, leading the organisation for five years. She has a Masters degree in Public and Social Administration from Brunel and a Masters degree in Theoretical Psychoanalytic Studies from UCL and extensive training in the treatment of trauma.

Souzette Motombo
Souzette is a qualified advanced social work practitioner specialising in social work with children and families with vast experience of working in the frontline in local authorities, specialising in child abuse and neglect working in collaboration with different agencies to safeguard children including the police, health and housing agencies, criminal justice, alcohol and drug agencies and the Home Office to name a few. From 2016, Souzette started working with unaccompanied asylum-seeking children who were looked after by the local authority to ensure that their holistic needs are met and they can meet their full potential as they adjust to living away from their families and home countries where they had experienced immense trauma. She is also trained in competing specialist parenting assessments including PAMS assessments for parents living with disabilities and/or intellectual difficulties. She also has a vast experience in completing other kinds of assessments including child and family assessments, connected carers/kinship assessments, and viability assessments particularly for children who can no longer remain in the care of their biological families and also has experience of presenting such cases to the court arena and giving evidence. She has management experience of managing assessment and referral teams, ensuring that referrals are addressed in a timely manner according to agency expectations and timescales using different models including the Safeguarding and Strengthening families and Signs of Safety/Signs of Wellbeing Models. Souzette is also a practice educator, practice assessor and supervisor in social work practice, training, coaching, mentoring and teaching newly qualified social workers and students. Also a member of the anti-racism in practice education group, Souzette is an avid advocate for social justice in social work practice education and social work practice in general including support for equality and diversity to ensure that reflective, objective and effective social work practice is promoted.

Dr Eithne Nightingale
Dr Eithne Nightingale has over 30 years’ experience of working with diverse communities and on equal opportunities within the education, cultural and museum sectors. She was Head of Community and Adult Education in Hackney before she became Head of Equality and Diversity at the V&A and is co-editor of Museums, Equality and Social Justice published by Routledge 2012. In 2019 she completed a PhD in Child Migration to East London: Life stories of departure, arrival and settlement at Queen Mary University of London. She has also co-produced a series of award-winning short films on child migration https://childmigrantstories.com and her forthcoming book Child Migrant Voices in Modern Britain: Oral Histories since the 1930s is to be published by Bloomsbury in 2023. She is also a writer and photographer https://eithnenightingale.com

Herman Otto
​Herman is a former user of the Baobab Services and brings a critical and reflective understanding of the charity and our holistic and integrated approach. Herman studied at Greenwich University to become a civil engineer. He works for Octagon Developments as an assistant site manager dealing with the day-to-day planning and running of various multi-million-pound construction projects. 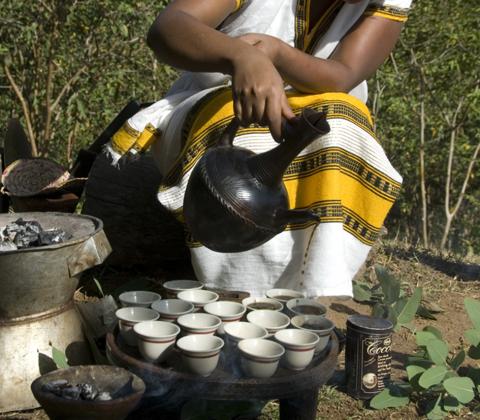