‘Baobab is like a tunnel. Outside the tunnel you are exposed to the elements. Going through the tunnel shapes your life and gives you hope as you approach the light’.
One of Baobab’s Young Survivors

For other ways to support us, please get in touch at info@baobabsurvivors.org.

FILM
Young persons from our Baobab community discuss their experiences of the UK asylum system and offer suggestions on how to include much-needed provisions for mental health in the asylum process in this small film made in June 2021.
Click to listen to their insights.

...and listen to a message of hope from H., to all our community members and beyond:
"Wherever you are in life, don't give up!" 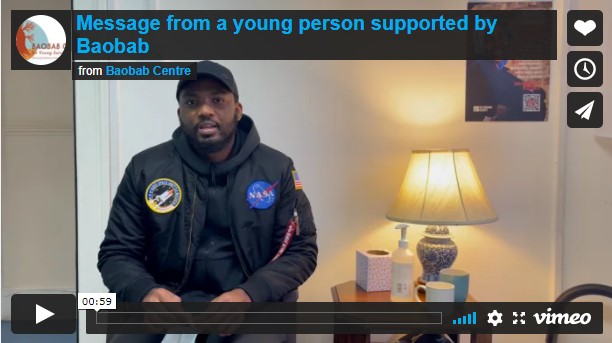 But does everyone know that Paddington is a refugee who arrived in the UK irregularly? Or that Prince Phillip himself was a child refugee, forced to leave Corfu in 1922 in a makeshift orange box at just 18 months old, spending his childhood years in France, Germany, and the UK. It is widely reported, including on the Royal.uk website, that… King George V ordered that a Royal Navy ship should evacuate the family from Corfu, and Philip was carried to safety in a cot made from an orange box in December 1922. He was just 18 months old.

And does everyone realise that under the British government’s current plan to traffic asylum seekers overseas, both Paddington and Prince Phillip would today be at risk of being sent to Rwanda without having a chance for their asylum claim to be heard in Britain?

The 2021 Human Rights Watch report on Rwanda provides significant detail on the human rights abuses the country is responsible for, as well as evidence of the horrific treatment facing vulnerable groups and children. The governments controversial age assessment process will inevitably mean young people who are minors will be incorrectly processed as adults and sent to Rwanda.

The government spokespeople claim that the plan will reduce trafficking and prevent people from illegally accessing asylum, when in fact this illegal and inhumane plan will see the UK government paying Rwanda to trade human beings, inevitably retraumatising and re-trafficking vulnerable children, men, women, and families. Families who want nothing more than to rebuild their life in a safe and peaceful way, having been forced to flee their homes to escape persecution, violence and human rights abuses.

The whole Baobab community will fight this abominable plan and make sure that Britain upholds the great tradition of offering refuge to refugees.”

While we remain puzzled that announcements about sending male asylum seekers to Rwanda, came out last week, before the final version of the 2022 Borders and Nationality Bill has been agreed, we notice huge contradictions in the statements made by the government members and supporters about their plans for asylum seekers.
Some statements have been made by politicians about the plans for outsourcing the asylum process being directly linked to the government’s wish to discourage traffickers. There seems to be no evidence of any resources or energy being focused towards stopping traffickers. In fact, the current government plan seems to be focused on punishing individuals seen to have arrived illegally and to send them far away. This plan focuses on issues of population control rather than care and support of vulnerable people in need. This plan punishes the asylum seekers not the traffickers.

Given the recent Human Rights Watch 2022 country report on the current human rights situation in Rwanda where: ‘The ruling Rwandan Patriotic Front (RPF) continued to stifle dissenting and critical voices and to target those perceived as a threat to the government and their family members. The space for political opposition, civil society, and media remained closed. Several high-profile critics, including opposition members and commentators using social media or YouTube to express themselves, went missing, were arrested or threatened. Arbitrary detention, ill-treatment, and torture in official and unofficial detention facilities was commonplace, and fair trial standards were routinely flouted in cases deemed sensitive. There were credible reports of arbitrary detention and mistreatment of people accused of “deviant behaviors,” including street children, sex workers and petty vendors.’
AND: ‘ Furthermore, Rwanda’s appalling human rights record is well documented. In 2018, Rwandan security forces shot dead at least 12 refugees from the Democratic Republic of Congo when they protested a cut to food rations. Authorities then arrested and prosecuted over 60 of them on charges including rebellion and “spreading false information with intent to create a hostile international opinion against the Rwandan state.” Rwanda has a known track record of extrajudicial killings, suspicious deaths in custody, unlawful or arbitrary detention, torture, and abusive prosecutions, particularly targeting critics and dissidents. In fact, the UK directly raised its concerns about respect for human rights with Rwanda, and grants asylum to Rwandans who have fled the country, including four just last year.’
We of course have no accurate idea about the political reasons why Mr Johnson made his speech on April fourteenth. We might wonder if he and the Home Office were trying to take public attention away from the ‘party-gate’ scandal and the rise in the costs of living in the UK. He may have been simply allying himself with those in the UK who don’t want foreigners in the UK. Whatever his intentions and motives Boris Johnson and his speech writers highlighted their ignorance of and their disinterest in the true experiences and needs of asylum seekers who take “illegal” routes to safety and protection. In particular his plan makes no sense because Rwanda in truth could not offer safety and protection and a stable life to asylum seekers as is evidenced by the 2022 Human Rights Watch Report focused on Human Rights abuses in Rwanda.
The Baobab Centre would be most concerned that young asylum seekers arriving by boat to the UK after experiences of organized state violence and interpersonal violence and who are routinely overwhelmed and suffering from significant mental health symptoms and developmental difficulties rooted in trauma, separation and loss and the experience of many unplanned changes, could be sent to Rwanda. 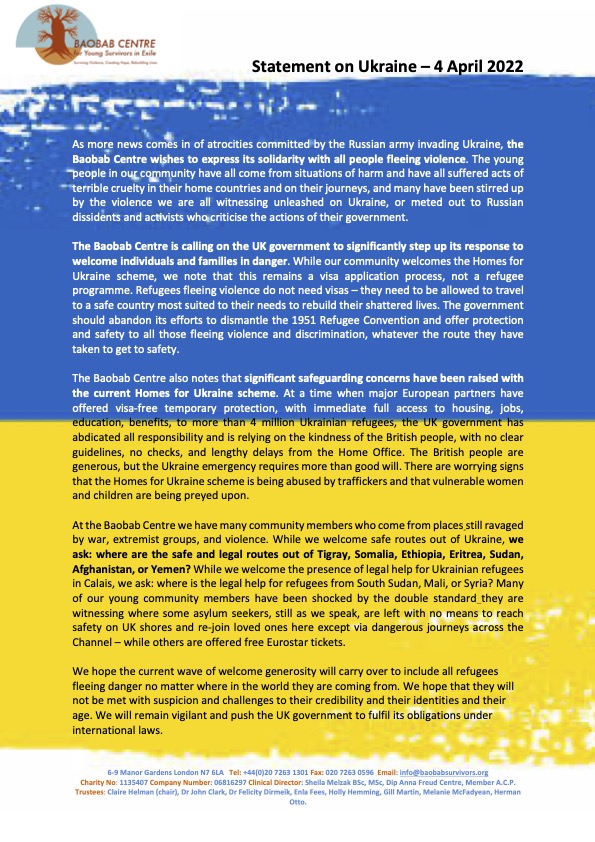 Byline Times' Katharine Quarmby recently came to Baobab to interview young Afghans and our Director Sheila Melzak about the impact that the Taliban's threats against their families in Afghanistan is having on their lives in the UK .

She is today reporting on how some of our young people are sending all of their earnings and living in debt to make sure younger siblings are not forcefully recruited by the Taliban or their families in Afghanistan beaten up.

As the Government's Anti-Refugee Nationality and Borders Bill makes its way to the House of Lords for a critical second reading, we were thrilled and honoured to meet with Baroness Lister with 8 of Baobab young people. The Baroness listened to the personal stories of each and gave some very useful advice for Baobab to continue its influencing work. We are still fighting to get the most egregious provisions in the government's bill -- such as the distinction between refugees based on route of arrival -- dropped from the bill entirely, and language reflecting our significant concerns about mental wellbeing of refugee children included in the bill.

Third meeting for our advocacy efforts, this time with Jess Phillips MP, who encouraged our young people to not hesitate and "speak truth to power". A group of our young people attended the meeting and presented their circumstances, calling for more action on the Afghan Resettlement Scheme, and for more spirited opposition to the Nationality and Borders bill to be discussed in Parliament.

As one of the young people put it to Jess,
"we can't go to Parliament and make change but you can. You are our hope."

Bambos Charalambous, MP for Enfield and Shadow Minister for the Home Office, came to visit Baobab today and meet with some of our young people. Our young survivors discussed how they had been repeatedly failed by the UK asylum system and the "hostile environment", and why the Government's new Nationality and Borders Bill must be defeated. They talked how they're systematically disbelieved, about faulty age assessments, or Home Office interviews conducted in ways that re-traumatize survivors of violence. Several young people have families in Afghanistan trapped in increasingly dangerous situations, and yet the Afghan Resettlement Scheme is not open.
Several amendments to the Nationality and Borders Bill have been tabled and will be discussed when the bill goes to the Commons in December -- and we'll be bringing the voices of our young people into the debates. 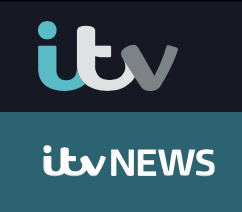 The Baobab Centre is an organisation that enables child, adolescent and young adult asylum seekers who have experienced a series of overwhelming and violent events during their developmental years to thrive in exile. We work with child, adolescent and young adult asylum seekers and refugees who have experienced humiliation, violence, trafficking and violation in their home countries and/or on their often prolonged journeys into exile in the UK. Many will have been forced by adults to witness violent acts. Many are direct survivors of violence. Some have been forced to perpetrate acts of brutality themselves. Over ninety per cent of those who attend the centre arrive alone in the UK. On arrival, they are often re-traumatised by their experiences of having to navigate through complex, unfamiliar systems in which their needs are not always met.

The Baobab Centre runs as a non-residential therapeutic community because, over many years in discussion with the young people who attend, we have found that this is the best way to meet the needs of young people separated from their families, communities, culture and way of life. Every young person who attends our Centre has a key worker within our staff team. We offer a mixture of psychotherapeutic and therapeutic help. This means everybody who attends has the possibility of accessing individual psychotherapy, group psychotherapy, practical casework and social work support and a variety of group-based therapeutic activities, including regular music workshops, a philosophy discussion group and individual and group English classes as well as holiday projects and an annual summer therapeutic retreat.

We see the young people for as long as they wish and need to be seen. We aim to support them to think about, understand and process their vulnerabilities and to rediscover their pre-existing strengths so that they accept themselves for who they are and become able to manage their feelings, memories and thoughts. We support them to build resilience in the form of belonging and reflection, agency and flexibility, creativity and imagination as well as through the capacity to problem solve and form links with the community of exile. We aim to facilitate the process of progressive development and of trusting relationships with peers and adults. Baobab provides a transitional space between the young person’s home country and finding a place in the community of exile where they feel free to be themselves and contribute to community life.

All in the Baobab community have grave concerns about the current Nationality and Borders (Anti-Refugee) Bill to be discussed this autumn in Parliament. Read our statement below: 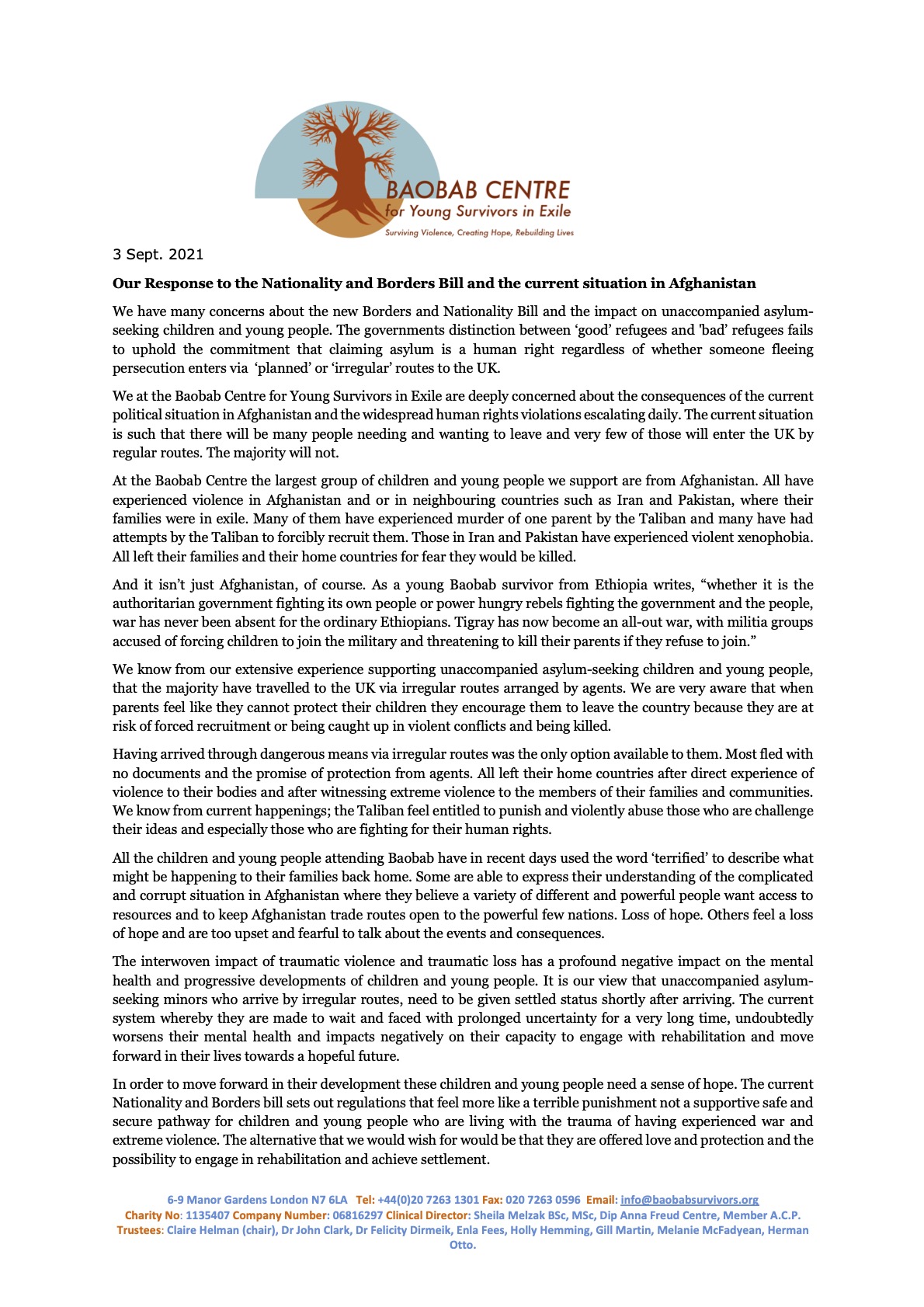 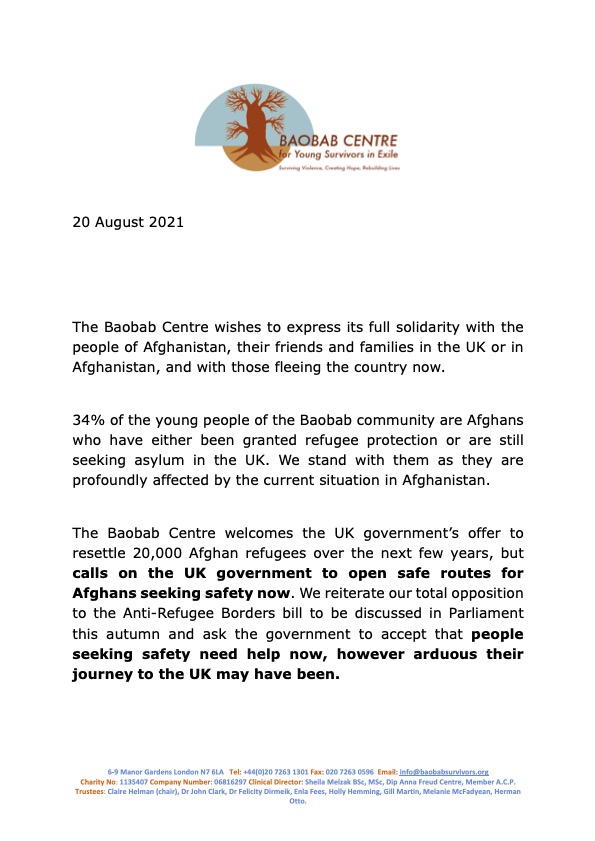 The Baobab Centre today joins the Together With Refugees campaign, a coalition of UK human rights associations that are united in calling for a fairer, more humane, and more welcoming asylum system.
The UK asylum system is broken. The government needs to scrap its current plans and  honor its obligations under the 1951 Refugee convention to offer protection and refuge to those fleeing traumatic, life-threatening violence. It needs to start listening to the stories of those who have reached the UK, by any means, in order to find hope and rebuild their lives.
The Baobab Centre will use the opportunity of the planned debate on the Government's proposals to make sure the voices of Baobab's young refugees and asylum seekers are heard, and their interests defended. 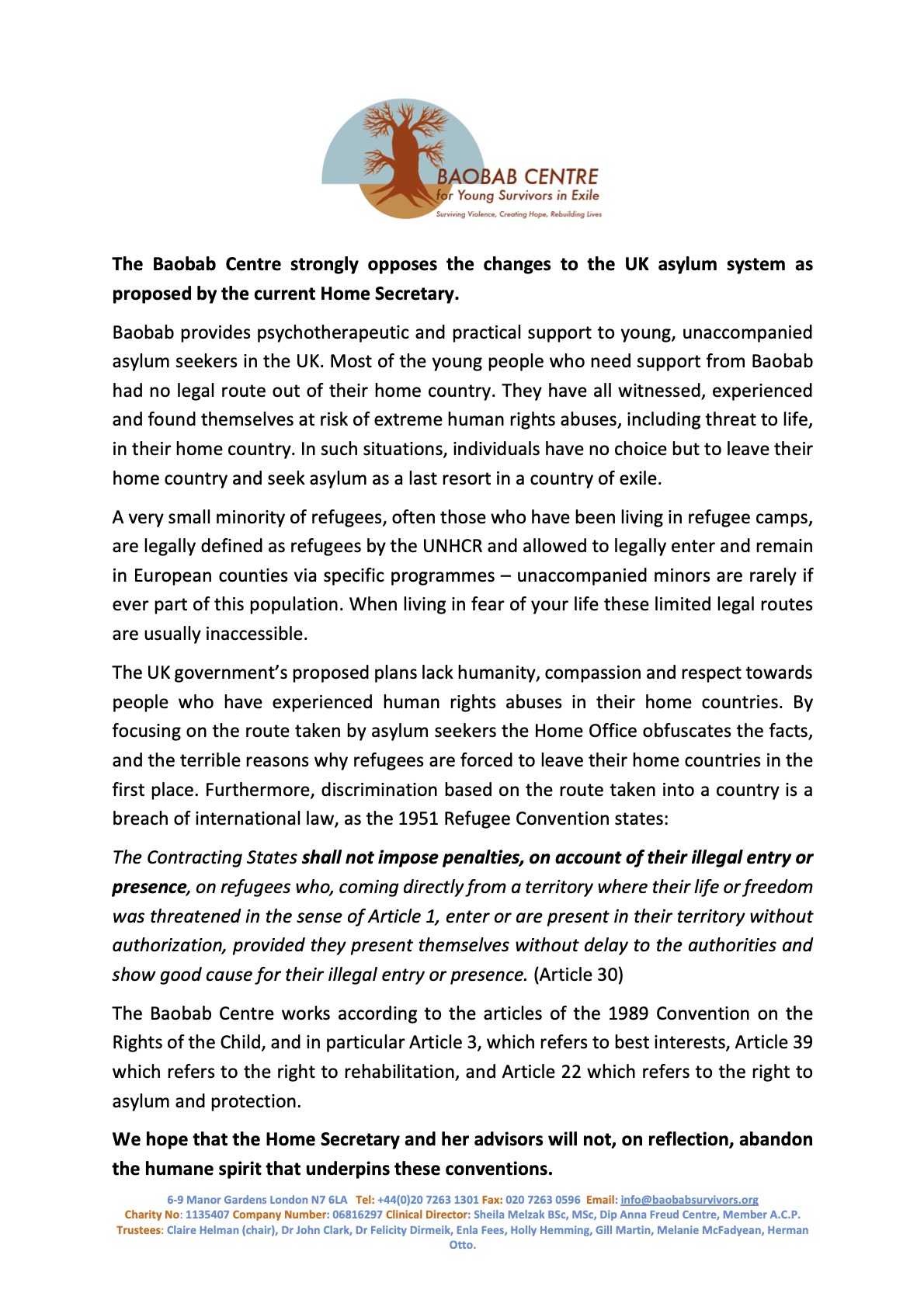 Visit "My World" -
a Baobab Centre exhibition of photographs of daily life, from all our community members (February 2021). 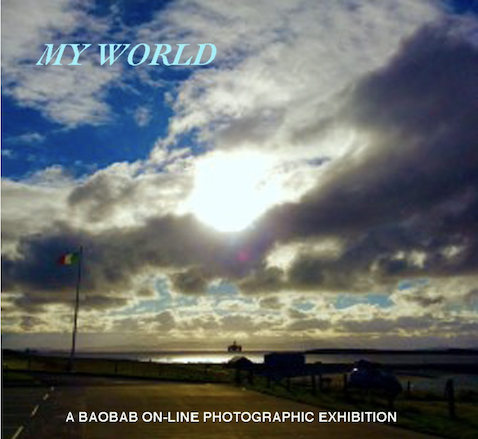 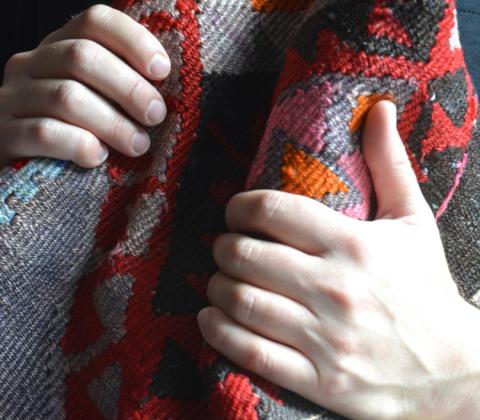