BAOBAB TALK SERIES
"The Gendered Nature of Migration Drivers and the Migration Decision-Making Process"
11 March 2020
Prof. Liza Schuster (City, University of London) presented analysis of the polarisastion and negociations that migration decisions create in Afghan families, based from her extensive field research in Afghanistan.

Prof. Schuster researches different stages of the migration process, in particular the European regimes governing asylum, entry and deportation, as well as the impact of deportation on those deported and their families. An important element of her work is the role of racism as a cause and response to migration. She worked in Afghanistan, exploring how fears and perceptions about the presidential elections and the withdrawal of international forces in 2014 is affecting emigration, while finishing two manuscripts. She has also recently helped launch the Afghanistan Migration Advice Organization.

The talk focused on the work that Dr. Katy Robjant has been recently conducting in Democratic Republic of Congo providing psychological intervention for victims of sexual and gender based violence with the international not for profit organisation In Vivo.

Dr. Robjant is Director of Clinical Services at Freedom From Torture and Consultant Clinical Psychologist and co-Founder of Trauma Treatment International, an organization that provides psychological services to victims of organised violence and support to the organisations that care for them, anywhere in the world. She was formerly the Head of Therapy Services at the Helen Bamber Foundation. She is considered an expert in Narrative Exposure Therapy and has provided training worldwide including in the UK, Sri Lanka, Democratic Republic of Congo, Uganda and Ukraine.

BAOBAB TALK SERIES
Child Protection in the UK, 2 research projects from UNHCR
29 May 2019
Max McClellan and Lucy Gregg from the legal protection team at the UN Refugee Agency (UNHCR) in London came to talk to Baobab about their current work on child protection in the UK relating to unaccompanied and separated children.

Best Interests project
This research reviews the current approach to the consideration of the best interests in unaccompanied and separated children’s cases, using an analysis of the existing child protection and asylum systems. This aimed to understand if these systems and procedures are appropriate, and whether they are accessible to unaccompanied children. An expert Advisory Group of eight professionals who have worked extensively in the UK system for many years (including lawyers, social workers, NGOs, judges and academics) advised on the content of the report. Lucy highlighted the strengths and weaknesses of the current systems and outlined proposals for alternative approaches. This research will be the first UN commissioned document which provides concrete proposals for how the principle of best interests for unaccompanied and separated children could be strengthened and implemented comprehensively within and across UK procedures.

Children’s Integration Study
This study is on the reception arrangements and early integration support of unaccompanied and separated asylum-seeking and refugee children and young people (under 23 years old) in the UK. It is based on interviews with 65 children and young people and 47 key experts (mostly frontline professionals; social workers, service managers, youth workers and foster carers). The research covers areas including the experiences of children on arrival, and in reception and orientation, transfers and resettlement to the UK, care and accommodation, education and English language learning, health and wellbeing, safeguarding and social inclusion. The research was conducted due to an increase in the numbers of unaccompanied refugee children living in the UK in recent years as well as significant changes in the policy environment.

UNHCR is also undertaking a third study which is investigating the motivations as well as push and pull factors of children’s journeys to the UK. All three research reports will be published later this year.

BAOBAB TALK SERIES
The Plans and Hopes and Fears of Afghan Families For the Future.
Prof. Liza Schuster
13 March 2019
Based on Prof. Schuster's extensive ethnographic work in Afghanistan, the talk discussed how migration figured in Afghan families' plans, hopes and fears for the future.
Biography: Liza researches different stages of the migration process, in particular the European regimes governing asylum, entry and deportation, as well as the impact of deportation on those deported and their families. An important element of her work is the role of racism as a cause and response to migration. She worked in Afghanistan, exploring how fears and perceptions about the presidential elections and the withdrawal of international forces in 2014 is affecting emigration, while finishing two manuscripts. She has also recently helped launch the Afghanistan Migration Advice Organization.

You can listen to the recording here: https://bit.ly/2TMKFru

TALK AT THE FREUD MUSEUM
Sheila Melzak, Child and Adolescent Psychotherapist and Director of the Baobab Centre for Young Survivors in Exile.
8 September 2018

Sigmund Freud published at the start of the First World War in 1914 that experiences that we have not processed will be repeated in life and through the generations. Anna Freud published in 1936 about the Ego and the Mechanisms we develop unconsciously to defend and protect ourselves. This paper explores how these two in many ways opposite ideas influence our reflections and practice of therapeutic work with young refugees and asylum seekers in 2018.

Listen to the recording here: https://bit.ly/2NZ3EHj 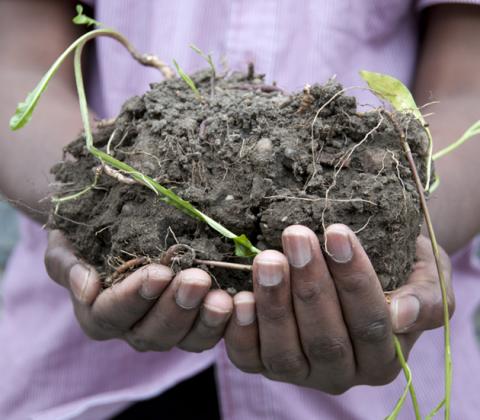